A message for the frustrated change agent

When you’re new to a role, you’re often hired to change something. You may need to launch a new project, implement a new system, or improve the performance of an existing process.

At some point, you will meet resistance. The team that passive-aggressively ignores your emails; the organization that can’t agree on scope or timeline; the leadership team that asks for more output with no associated investment or compromise.

I’ve been there too. It’s the worst.

I once spent months helping a team establish work processes, metrics, and decision rights for a new platform that would reshape their entire supply chain. Every step I took toward solving the problem was met with active resistance by certain stakeholders. It baffled me. The numbers made sense. We were making progress. I thought I was a nice guy who was pretty easy to work with. I put in extra hours with people who weren’t catching on as quickly. But some people never got on board. And I couldn’t understand why until, in a rare moment of candor between meetings, the two leads for the sales team said to me, “I don’t even think this is the right answer for the customer. I believe what we’re doing today is what’s best for them.”

A new business model, a new way of doing business that they will have to explain to customers. And they hadn’t been asked to learn anything or explain anything other than business as usual for 20 years.

They were afraid. Afraid of being exposed…of not having all of the answers…of losing their jobs.

All of that fear was triggered by the change associated with this project. I was in charge of that project and, therefore, the lighting rod for a whole lot of issues that had nothing to do with me.

So my message to you, weary change agent in your corporate or nonprofit organization, is this: it’s not about you.

I won’t tell you not to take it personally because the attacks can be quite personal. But know that they aren’t seeing you clearly; they are not assessing your skills, your impact, your capabilities clearly. They’re fighting for their careers, their reputations, their retirement benefits–defending them against the threat that change represents. You’re just caught in the crossfire. 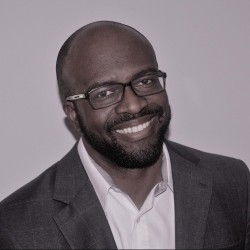 Jared is the founder of Outlast Consulting LLC, a consulting firm that helps individuals and organizations with strategy, process improvement, and professional development. He is an engineer by training with experience in market research, product development, innovation, management consulting, and strategic planning at P&G, McKinsey, and Coca-Cola.

For some, listening like the other person is the lead singer of your favorite band…

So, you have identified your processes, and they are more visible to your supply chain organization.  Because of your success…

We live in an interconnected world with processes that produce many different outcomes, such as…

More than apple pie: Motherhood is a leadership development bootcamp

Motherhood builds skills that are competitive advantages in the workplace.  “Motherhood and apple pie” are…