More than apple pie: Motherhood is a leadership development bootcamp Motherhood builds skills that are competitive advantages in the workplace.

“Motherhood and apple pie” are meant to evoke an image of something universally good – something everyone can agree on. But, like most things about moms, this phrase has morphed into patronizing passive aggressiveness, at its best.

When someone at work says, “That’s just motherhood and apple pie,” what they are really saying is “That is a bunch of hot air and baloney. Where’s the real substance?”

I don’t like idioms, but I particularly dislike this one. Motherhood is a lot of things, but it’s usually not sugary fruit melting into a flaky pastry crust.

Motherhood is simultaneously sweet and gross. It is both life-giving and soul-crushing. It requires you to have vision, be resilient, and communicate with empathy. Motherhood is… basically, the most effective leadership training program available.

While these skills are recognized by colleagues, they are not appropriately rewarded by leaders in the workplace. The 2019 Modern Family Index study showed that:

Despite this awareness, working mothers are denied advancement opportunities simply because someone at home calls them “Mom.”

The word “motherhood” needs to be reclaimed. Motherhood should be celebrated as a competitive advantage – rather than an obstacle to overcome. Becoming a mother shouldn’t be a career limiting move or an act you need to balance. Instead, the skills that mothers bring to work should be celebrated like the confirmed kills of an elite Navy SEAL Team Six sniper. 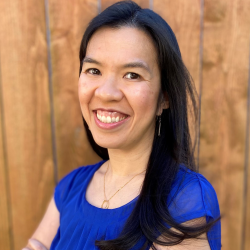 Hung is a principal at OUTLAST Consulting, a purpose-driven professional development + strategy firm focused on fueling innovation and empowering diverse talent. She has a Bachelors degree in Psychology and Economics from Harvard College and an MBA from Stanford Graduate School of Business. Her interest in diversity extends into a love for travel. You can watch her globetrotting antics on CBS’s reality TV show, The Amazing Race, which premiered in Fall 2020.

For some, listening like the other person is the lead singer of your favorite band…

So, you have identified your processes, and they are more visible to your supply chain organization.  Because of your success…

We live in an interconnected world with processes that produce many different outcomes, such as…